Europe approved 42 completely new medicines in 2018, 20% more than in the previous year

10:39 Farmaindustria
Cancer, infectious diseases, haematology and neurology made up the majority of the new additions, which also included three gene and cell therapies.

One in four positive rulings of the EMA were aimed at treatments for rare diseases
Topics: Healthcare Medicines 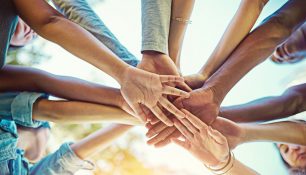 12:38 Farmaindustria
The international federation of the research-based pharmaceutical industry, IFPMA, has renewed its commitment to global health progress in celebration of its 50th anniversary

In Spain, almost half of the €1,100 million that the pharmaceutical industry invests in R&D is dedicated to collaboration projects with centres and external parties

The Government and Farmaindustria renew the Agreement for Sustainability, Access and Innovation

17:37 Farmaindustria
The Agreement, which will remain in effect throughout 2018, aims to facilitate patient access to therapeutic innovations under equitable conditions and ensure the sustainability of the National Health System
Topics: Access to medicines Health Healthcare Healthcare expenditure Pharmaceutical expenditure Protocol of Collaboration

Parliamentarians, health care professionals and associations defend the need for patients to actively participate in the public sphere in Spain

18:03 Farmaindustria
FARMAINDUSTRIA remarks that patients are the raison d'etre for those who are part of the health care system

11:47 Farmaindustria
The associations that represent the European and British biomedical industry insist on the importance of ensuring cooperation between the United Kingdom and the European Union in terms of pharmaceutical regulation
Topics: Access to medicines BREXIT Health Healthcare

13:48 Farmaindustria
They recognise that the Code of Good Practice "guarantees that relationships with professionals and health organizations are developed under strict ethical principles".

Transparency, sustainability and innovation, pillars of the social commitment of the pharmaceutical industry

The innovative pharmaceutical industry is the leader in stable, qualified and female employment

93% are permanent employees, compared to 74% of the Spanish economy, and one in three new contracts is for young people

59% are university graduates, compared to 42% of the average in Spain

Female employment is 51%, twice the average of other industrial sectors, and with the highest pay equity between men and women
Topics: Employment Health Healthcare Healthcare professionals Manufacturing Pharmaceutical production Research and development
Notice: